and hotel in Ireland,

Fusion page on Emain Macha Hillfort, and a article talking about the matter, Hotel in Ireland.

Emain Macha, or Eamhain Mhacha, in Old Irish or Irish Gaelic and modern Irish Gaelic,  is also more commonly in Northern Ireland known as Navan fort, or Navan Hillfort. Or even Navan rath,

It is a an ancient ceremonial monument in County Armagh, Northern Ireland, important to the history of all Ireland.

It has been claimed, and it is conventional wisdom that it was, to have been among the greatest royal sites of pre Christian Gaelic Ireland, indeed the centre of the Kingdom of Ulaidh. A kingdom which is apparently synonymous with the kings of Ulster. So important that despite there being dozens of little kingdoms in ancient Ireland, Ulaid, or Ulster is of course now one of the 4 divisions of Ireland, into provinces, with Leinster, Connaught, and Munster. Plus it being despite the provincial boundaries not matching up with it exactly, a word sometimes used as a extra name for the territory of Northern Ireland, and it's traditional 6 counties. As there are also 3 other counties in the Republic of Ireland.

It must be said, that Ulaid kingdom was historically based more in the east of what is that province of Ulster, famed for it's rugby team and history. Anyway, though I should be talking about the hillfort.

Emain Macha, is about 5 hectares in area, or Navan fort is.
It is a circular hill top enclosure, that is marked by bank and ditch inside, that is a circle mound and the surviving sign of a ring barrow.

Excavations found things that indicated it was a great site, such as a massive roundhouse, most see as a religious temple. Indicated by how what surely would most likely be a ritual act, that this timber structure was filled up by stones, then burned down and covered by earth, so to make the mound that can be seen nowadays.

So surely it was a special sacred site, like the Hill of Tara, and a cathedral in Medical Britain. Indeed Francis Pryor mentioned how the modern centres of the Anglican and Catholic church are not in Belfast, or Dublin, but nearby parts of Armagh.

Seeing it was certainly Emain Macha, it is that site that is mentioned in Irish mythology, such as the Ulster Cycle.

The 'Navan complex', which includes lakes, and other hillforts, and Loughnashade a lake that has had finds of votive offerings. Suchg as the amazing Loughnashade trumpet, a Iron Age Celtic item, a very long trumpet for ritual or war, or whatever purposes it found there and to be from 100 BC. I saw one like it in Lord of the Rings, the movie I think.

Eamhain Mhacha has been translated as  Macha's twins or  Macha's brooch", referncing a esteemed Irish goddess.

As Francis Pryor states, Navan seems to be a Anglicisation of the term Emain Macha. Seems garbled but it makes sense.

Even more brilliantly is how in the 2nd century, a Greek writer, Ptolemy noted a Isamnion  in south-eastern Ulster. Some scholars believe this refers to Emain. Some do not, but it sounds so similar, it is amazing. Also evidence indicates the fort had been getting used for at least a couple of centuries by then.

Emain Macha refers to the goddess Macha, which also saw Armagh, Ard Mhacha named. I always thought the term Macha's brooch was what it was named after, but there seems some doubt. Then again maybe it is too much to ask, for this to be regarded as certain. In legend Macha was a goddess, and also a giantess, who captured some princes and made them make the fort, marking it out by a brooch shape, with her stick or something. Which of course can not be true, as giantesses on that scale as unlikely to have existed, I mean attack of the 60 foot woman, style size, and also you would need more than a couple of princes to build a fort that big. Giant's Causeway is in Northern Ireland as well, so that is a lot about giants up in Ulster myths. Then again who am I to say Macha did not exist maybe she did in some more normal form, though likely it was a story developed from legends from other aspects, I mean from legends they already had or fused with ones from later. Then as people believed these stories, a philosophical point is, to some maybe it seemed like it had happened, blah blah, in some sense. Macha turns up in a lot of Irish myths, I mean those legends and national stories written down in the Dark Ages by Irish monks, that were stories said to be a window on the Iron Age, by great historians. That some and many feel reference a lifestyle of pre Christian Ireland, and stories that could in parts go back a half millennia or more even a whole. It seems hard to believe but the evidence is there that it does.

The fort is on a low hill 1.6 miles west of Armagh city, the county town, of the county. It is a circular enclosure 250 metres in diameter, surrounded by a large bank and ditch circling the hill. What is remarkable about this fort is that ditch is on the inside, which is the wrong way round for most hillforts. So indicating the earthwork was for symbolismnot defence. Though I think Pryor and others wonder if the bank was a spectator gallery for watching what was going on in the fort, he did not say this, I do, I like to imagine something from 18th Century historians imaginings of Stonehenge, and it's druids.

Inside is a 40 metres diameter 6 metre high mound mentioned before. Then and South-east of centre is that circular impression of a ring-barrow, about 30 metres in diameter.

There is evidence for the same repeated building and burning at Tara and Dún Ailinne of that roundhouse.

8 centuries before the birth of Jesus, a ring of timber poles was erected where the high mound stands.

In the fourth century before the year BC, a wood structure was put up on that spot. It seems the site was held by people of high standing king or head druid. It includes a finely-decorated pin and amazingly a skull of a Barbary monkey, likely a imported pet. The nearest source would be Gibraltar far away. The site was rebuilt a few times over the next centuries.

The 1st Century BC saw that 40 metres diameter possibly  13 metres tall roundhouse, with a entrance directed to the sun. The large ditch and bank mentioned were also built around then.

People talk of burnings with this, it must be said, bonfires and such crop up a lot in Gaelic rituals, so indeed Halloween in Ireland is when they have Bonfire night. So in a sense a tenuous, but I think concrete really link with that time.

Sickeningly up to 1985, the fort was threatened by a expansion of a nearby limestone quarry.

Happily efforts of a activist group Friends of Navan, encouraged a public inquiry to halt further quarrying, and recommended tourism. A visitor centre, opened in 1993, closed in 2001 and reopened in 2005 on the funds of Armagh City and District Council.

I think it is mean anybody would want to expand a quarry into such a site. Yes we all need jobs, and we can not keep everything the same. To me though it is like those people who want to hunt the last whales just so they can earn a bit of cash for themselves. How heartless and selfish and greedy to hunt blue whales, the largest mammal in known history, just so you can earn slightly above average wages.

According to Irish mythology and historical tradition it was the capital of the Ulaidh, the people who gave their name to the province of Ulster. It was supposedly founded by the goddess Macha in the 7th or 5th century BC, and was the seat of Conchobar mac Nessa in the tales of the Ulster Cycle. is said to have had three houses at Eamhain Mhacha:

Many famous names in Irish mythology are connected with Emain Machalk, like herself, the Red Branch warriors and Conchobar.

The Annals of the 4 Masters record it was abandoned after it was burned by the 3 Collas in 331 AD, after they had defeated Fergus Foga, Ulster's king, at a battle at Achadh Leithdheirg.

Interestingly, the Hill of Tara, in the Republic of Ireland, has a rath, or ringfort, maybe you could call it a hillfort called Ráth na Ríogh atop, Which has similarities to the Navan site in terms of one of those timber buildings. So considering both were ritual sites, very interesting.

I must admit I have never been to Navan Hillfort, I did not go there on my trip to Ireland, but it looks nice, and I have added a public domain picture up there of Emain Macha. In addition I have drawn a aerial view of the fort, it is a circle, and rises a bit to it's kind of summit, with that mound in the corner, and beyond the green countryside of Armagh around it. I have also drawn the fort. I have represented it as what it is a almost perfect circle, that is now encircled by trees. It raises above the land, a tad, and the mound is there in the corner. Also I have a diagram, of it to the right. Beyond is the countryside of Armagh, which must have been good more low level, flatter countryside, than many lands. The site should be in green, as that is what it is.

So that is Emain Macha there for you.

On my trip to Ireland I stayed in a number of places, i believ I stayed in a tent in the Dingle Peninsula, and stayed near Athlone, Belfast and near Cork, or was it Wexford, in my tour of Northern Ireland, and the Republic of Ireland.

Hotels in Ireland,well If you want to go to Ireland, why not have a hotel in Ireland? You may need somewhere to stay in Ireland.

Ireland is the third largest island in Europe, and the twentieth-largest island in the world. It lies to the north-west of continental Europe and is surrounded by hundreds of islands and islets. To the east of Ireland, separated by the Irish Sea, is the island of Great Britain. Politically, the state Ireland (described as the Republic of Ireland in cases of ambiguity) covers five-sixths of the island, with Northern Ireland, part of the United Kingdom, covering the remainder in the north-east.

Greater Dublin Area (GDA) (Irish: Mórcheantar Bhaile Átha Cliath or MBÁC), or simply Greater Dublin, is a term which is used to describe the city of Dublin and the surrounding counties of Dun Laoghaire-Rathdown, Fingal, Kildare, Meath, South Dublin and Wicklow in Ireland.

Armagh : ecclesiastical capital of all Ireland , St. Patrick's Cathedral, Armagh - seat of the Church of Ireland Archbishop of Armagh.
Clare: The Burren

You may want to rent, sell hire, loan, buy some accommodation to stay at such as a villa, cottage, a house, a cabin, a home, a mansion in the island. Yeah Hotels in Ireland.

my experiences with Hillforts, and a index of articles on 52 hillforts and such like

Index page of the numerous parts of my story The "Land of Hillforts", and where you can get those parts on Barnes and Noble

Sometimes you have to press enter/ return key, on your keyboard on the address bar to go to a page after you pressed on it. 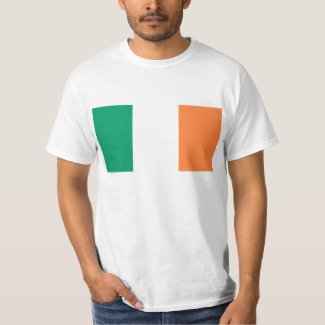 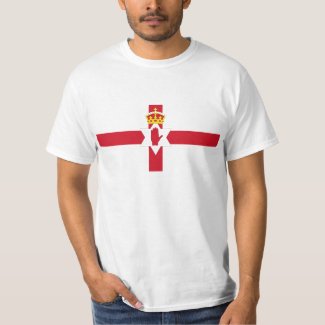