Some will have differing views on these leaders. Some will claim they are good, some bad. But here is an effort to note them.

Birthplaces of Welsh First Ministers. In Welsh this is known as Prif Weinidog Cymru. The position was known as the First Secretary.

There has never been a Welsh born Prime Minister of the United Kingdom. But  David Lloyd George was certainly Welsh. He considered himself, Welsh, was very proud of this, as well even in favour of a degree of self rule. He spoke Welsh as his first language, grew up in North Wales from age 3 months, and was the son of Welsh parents, and was brought up by a family and community that were of course largely a Welsh language culture in North West Wales. So there is no doubt he was Welsh.

He was born in Manchester, England. He was in power from 1916-22. He was a member of the Liberal Party, Coalition Liberal and National Liberal.

Welsh Born Chancellors of the Exchequer of the United Kingdom.

David Lloyd George was Chancellor of the Exchequer from 1908–15.

Welsh Born Secretaries of State for the Home Department

Also Labour PM James Callagahan was PM in the late 1970s while being a English born MP in Wales, (and he was a rare politician to be Home and Foreign secretary and Chancellor and PM posts, the 4 main posts in peacetime) and Michael Foot while leader of the Labour Party in the early 1980s, was a English born, Labour MP, in Wales. (Along with many cabinet posts as many Welsh born Labour and Conservative and Liberal MPs, have been)  In addition, Lloyd George was leader of the Liberal Party when it was the 3rd largest party in Britain, in the late 1920s, to early 1930s, and a Cledwyn Davies was leader of the Liberal party in the fifties, both were Welsh born.

Also when the SDP split off from Labour in the 1980s, although Labout had many Welsh politicians, the SDP when it allied to the Liberal Party in the Alliance pact, had 2 leaders in the 1980s out of 3,, who had Welsh roots, Roy Jenkins, Welsh born, and David Owen, English born, but with 2 Welsh parents.  Though of course a list politicians across Britain with Welsh roots would be even longer, so maybe that should be limited there.

The other most notable Welsh Labour politician not mentioned here is Aneurin Bevan, Nye Bevan, born in Tredegar, Monmouthshire, in the South Wales coalfields, who was Deputy Leader of the Labour Party for a year from the late fifties, and the head of the left of the Labour Party, in that decade. Most importantly though in the Labour government of the 1940s he helped establish the National Health Service, this in the vital position as minister of health.

Also Thomas Cromwell had some Welsh roots, the famous Tudor advisor of Henry the 8th, who has a claim for being the first PM, centuries before Walpole, though maybe many advisors have a claim like that, likely every king had someone like that. Plus also maybe many many people had some Welsh heritage when going back to some extent, and in a sense everybody does. Plus also Oliver Cromwell did as well, but most of his ancestry was from England. Though for both these, the Welsh heritage or rather ancestry was important in the family tree.

Of course just about every Welsh prince from the Llewellyn's backwards was born in Wales,  so that list would be extensive, it is not always known where they were born though.

Welsh Born Kings of England, the first 2 it must be said, one is the son of the cruel King Edward I, who despite proclaiming his son Prince of Wales, was a enemy of the native Welsh princes and of Scotland's William Wallace for that matter, who of course defeated his forces at the Battle of Stirling Bridge. Then the second actually was born at the tail end of the revolt of Owain Glwyndwr, the last "native" Welsh prince of Wales, The last of course was prided in by many as a  Welsh king of England by many, though most would say he was a person of English identity really.

In the Dark Ages, the period before the 11th Century, and such, the pre eminent Welsh prince was known as King of the Britons, great ones from Wales include Maelgwyn of Gwynedd, Rhodri Mawr, and Hywel Dda, though  I am uncertain of their birthplaces.

Magnus Maximus of Rome was born in Iberia, but after setting up a Empire in the western part of Rome's Empire became a major part of Welsh legends, for later Welsh kings,  even though other rulers followed him.

King Arthur, the mythical king of the Britons, has many connections to Wales in legend, but such a figure would have been based on real figures some of whom had been born in Wales, and some in modern England. The great city of Bath, would have been or Caerleon a place for such figures to be born as of their Roman heritage and great structures, but who knows really.

William Morris Hughes was born in London, but was brought up in North Wales, and had Welsh parents. He was Prime Minister of Australia from 1915 to 1923.

UK Leaders of the Opposition.

There have been two Welsh born Leaders of the Opposition.

Another notable Welsh person is Anthony Hopkins. Born in Port Talbot, Wales. He won the Academy Award for Best Actor in 1991. This is also known as an Oscar win.

Jonathan Pryce was nominated for best actor at the Oscars in 2019. Her was born in Carmel, Flintshire, Wales.

Richard Burton born in Glamorgan, Wales, was nominated for best actor at the Oscars on numerous occasions.

Ancestry linked back to Llanboidy, Carmarthenshire.

The father of this President, Peter Jefferson, named his estate, on the James River, as Snowden. Snowden is the highest mountain in Wales.

Vice Presidents of the USA, with Welsh heritage.

Other notable people include

Hillary Clinton. a former First Lady of the United States. She is a former USA Secretary of State and twice former Presidential candidate. Her grandparents were from Wales, and she is proud of her Welsh roots.

Egyptian president Mubarak, of the 1980s and 1990s and 2000s, before the Arab Spring, well his wife, was half Welsh, she she having a Mother who had been a nurse in Pontypridd.

Plus of course William Hague's, a leader of the Tory party in the early 2000s, wife is Welsh.

Francois Fillon, the PM of France under Sarkozy in the 2000s, well his wife was Welsh.

Of course the tale in the Mabinogion is that a Roman Emperor's wife is Welsh. as I say his Welsh name is Macsen Wledig, Magnus Maximus,

Indeed St Patrick may have been from Wales, as too was St David of course. Though many say St Patrick was actually from Ireland after all.

Francis Lewis, born in Llandaff, Wales, was a signer on the United States Declaration of Independence as a representative of New York.

Harold Clayton Lloyd Sr. was an American actor, comedian, and stunt performer, who was major star in the silent era. He had Welsh heritage.

The Morgan family is a major banking dynasty, in the USA. Best known is John Pierpont (J. P.) Morgan, who dominated USA finance, from the late 19th century, and early 20th century. The Morgan banking dynasty are of Welsh heritage.

Sir Howard Stringer is a British-American businessman. He was chairman of the board, chairman, president and CEO of the Sony Corporation. He was born in Cardiff, Wales in the nineteen forties.

Wales has up to 2022 had 4 nobel laureates, including Bertrand Russell, and Martin Evans.

Plus Archbishop of Canterbury such as Rowan Williams.

Plus Lawrence of Arabia, and Anthony Hopkins, and Tom Jones.

Plus the late 17th Century Lieutenant Governor of Jamaica, Henry Morgan. Plus comedian Tommy Cooper. Plus Alfred Russell Wallace. Lost of men and women. So a good list.

Thomas Henry Blythe, born Thomas Williams in Mold, Flintshire, Wales. Blythe is best known for developing the Palo Verde Valley in South California, and obtaining rights to Colorado River water to irrigate the valley. He did this in the 19th century.

Cornish rebellions in history, and Manx, and some political leaders with ancestry from there

and a quiz on US Presidents

at the bottom of the page 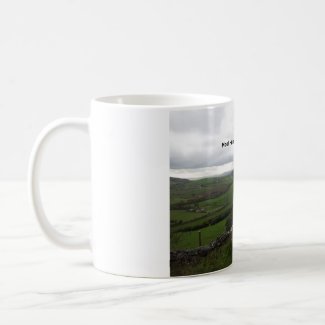 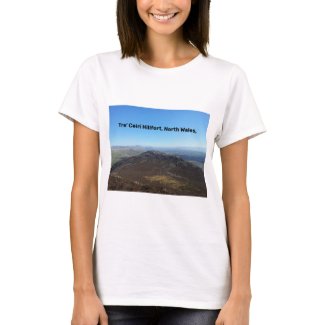