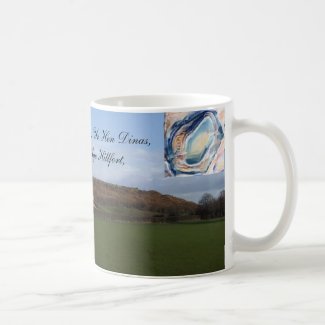 Hillforts the website go to Hillforts.co.uk
Old Oswestry Hillfort Postcard maybe get one

Old Oswestry hillfort is a ancient Iron Age structure that sits on the northern edges of Oswestry, a town in Shropshire. A town within a pocket of land that is surrounded on 3 sides with the border with North and Mid Wales, and on the other with the rest of Shropshire. Which makes it easy to see where the town is on maps that record the border line of England and Wales.

Anyway, Old Oswestry is regarded as maybe even the best preserved Iron Age hillfort in England, and easily among the most so  for Britain and Ireland as a whole,  There are other candidates for this prize, but it seems likely that this site wins the award

This is as so many of the ditches and banks remain as they were, and entrances, whereas most forts have seen ploughing, farms tracks, footpaths, and use of their materials severely damage some, with some even having been turned into castles or quarries or other such later uses.

Old Oswestry from above even resembles a La Tene piece of art, with it's spiral like pattern and plan, (not actually a spiral, but the ramparts have that similar ringed effect). Of course it was not built for that purpose, it was built either as a mini protected fortified village, or a refuge, or a base for a local tribe.

Here are my bullet points or as Iron Age Warrior's would say slingshot points, on this fortification.

* It today, is even classed as part of the Wat's Dyke and Offa's Dyke line, that Mercia and the Welsh kingdoms had between each other in the Dark Ages.

* This is partly why, even in the 19th Century, some small settlements west of it, but east of the official sixteenth Century demarcated  border between Wales and England, still had quite large historic old Welsh speaking communities (This is as the Offa's Dyke border before the act of union between Wales and England, was still in many places a language boundary as of the policies and aims and effects of the Dyke that Offa and such built,

* A fact indicated by how TNS of Oswestry play in the Welsh premier league in 2020.

* English Heritage have put up plenty of good information boards around the site, and fenced it off to a extent, but also the site has paths around it for visitors to marvel at this jewel of English Celtic heritage.

* Archaeologists in the 21st Century found a road layered with pebbles somewhere between the Wrekin and Old Oswestry that some interpreted as a Pre Roman paved road, though I am unsure if that was proven as a fact.

* This hillfort today is one of the best preserved and most beautifully elaborate in Britain. Which makes sense if you think about it. Seeing that here it like it’s Dorset twin, Maiden Castle, is so low lying, compared to its surroundings, and lacks natural geographic defences. I should add, so indeed in relation to its height, this Shropshire fort is at its highest 151 metres above sea level, in a town, where 110 metres is a normal elevation.

* OOH by abbreviated name, and OOH by exclamation noises when some hillfort aficionados see the site.

* The 8 hectare enclosure within a 13 or so hectare site, has multiple barely eroded ramparts. Which at times with the deep ditches helping them in their almost intact curves and undulations reach a stat of 5 metres high. Some ramparts are very steep, and by the western entrance 4 are crammed together, making a very strong defence. With just north of there, still within these few tight together ramparts, rectangular surrounded by banks, hollows. These a beguiling peculiarity of design. Maybe these little rectangles within the ramparts were prisons, animal pens, water tanks, or tactical killing zones to let enemies into somehow, as the Maoris had. Or mini defensive fortifications like 1d flat towers, Or perhaps they were later quarries.

The Welsh name, is Hen Dinas, or Old City in English, showing a similar name there, and how close it is to Wales. You wonder if the English was based on the Welsh name. Though actually a more traditional name for the area is Caer Ogyrfan, Caer as in the Welsh term for fort, and the name there, who was King Arthur’s wife’s father. So it became associated with those legends, in some tangled way. Indeed some think certain finds, like some sherds of Roman pottery may indicate some usage of the site in the Roman, or immediately post Roman era, so maybe that occurred on a small scale. Though it is more a Iron Age site. Indeed possibly whoever lived here after the Romans, was not a great king, but normal farmers, not even seeing a military aspect. That would be just as important to them.

In terms of archaeology the site has been excavated. It turns out the site has had several phases of occupation, stretching from the Early Iron Age, with 6th Century constructions, to even 5th and 3rd Century ones, with some sources indicating much of the earthworks were built around 250BC. There is speculation that the site was abandoned in the period 50BC to 50AD. With a history of the site being improved over time, especially the great entrance. Excavations have uncovered early stone kerb huts, and later circular stone walled huts. Plus even a large circular hut with stone footings. Also an Iron Age metal working crucible has been found here, and early Iron Age bowls.  One other thing, it seems World War One training trenches were dug within the interior, and possibly Wilfrid Owen, the famous poet was here as part of that according to speculation. This webpage was written in October 2020, all pictures on the page are by me, so you need my permission to use them, but you can likely go there and take better ones yourself, on a clear day

My Ultimate directory, links page, on Hillforts from across the world wide web plus a essay on hillforts and castles

Picture of this fort on Part 43 of the Land of Hillforts, for sale on Amazon. Pictures of hillforts and countryside and related subjects and maps, related to my story, The Land of Hillforts, in terms of when it talks of England including Cornwall.
Some by myself, most of which are not that good, plus some by others some are often better, which I got from searching the internet for public domain pics, I will say which are mine, and
which are not in the main. There are over 100 pictures. Some just the
odd one like for From Tintagel, to Bamburgh, to British Camp, and numerous other forts, to Glastonbury area, that are usually public domain and not by myself, with Maiden Castle, but some by myself, including my Iron Age Age map of England, which is also on my maps part, part 46, plus mainly only on this part, almost a couple of dozen at Offa's Dyke in Clun area, over 30 of mine of Old Oswestry, and
a little less than that of the Wrekin, and a few of my poor ones of British Camp in between. Not comprehensive, but some things which may be of interest to some 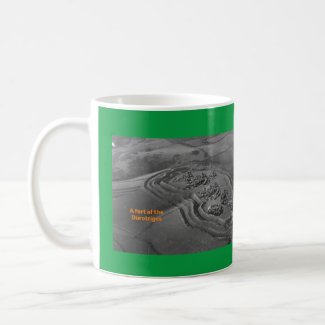