Foel Fenlli or Moel Fenlli it's other title, is another of the hillforts that sit on the Clwydian Hills. The fort is a Dark Ages or Early Middle Ages, fort and is associated to legends and myths.

Another site seemingly re-occupied was Foel Fenlli, 511 metres high on the Clwydian hills. It has brown heather covering the outer ramparts, and 10 hectares of a site. It in legend saw its tyrannical warlord and his castle, destroyed by fire from God, for opposing a Papal Christian’s desires in the mid-5th Century. It is a 9 point five hectare site that sits on the Offa's Dyke path, and to the west overlooks the Clwydian Valley, from a high perch, then to the south and east more of the Clwydian hills,  dropping away from it's own peak, then to the north, a steep drop to a pass, that it mist have watched over.

Today it is covered in red heather, and sheep and crows.

Evidence of forty roundhouses have been found at the site.

Just below the fort to the west is Llanbedr y Cennin, and it's old churches,

Moel Famau, is a 45 minute walk north, is often covered in tourists, some of whom from the car park below this site,  while this site is at the same time empty.

Apparently the site would have had wooden breastwork on the ramparts, so would have been a impressive site.

From it's top I used to think you can see the toothy remains of Dinas Bran castle above Llangollen just over a dozen or so miles away. Actually though, once climbing 2 of the 3 Moel hills, just north west of Llangollen, I realise they may obscure the view of Dinas Bran from here, and those toothy remains are likely a noticeable forest on hills a bit further south of  the 3 Moels of Lllantysilio Mountain, which impose themselves on some of the hill's horizon. So maybe not, but you can see the Moels of Llantysilio Mountain. From whose top you see Dinas Bran below.

So back to Foel or Moel Fenlli. One great English antiquarian William Camden in 1607 for Moel Fenlli also known as Moel Fenlli in Clwyd, stated. “For such is the wonderfull workmanship of nature that the tops of these mountaines resemble in fashion the battlements of walles. Among which the highest is Moilenlly, on the top where of I saw a warlicke fense with trench and rampier, also a little fountaine of cleere water”. It is hard to believe he really believed nature created the ramparts of here.

To get to the site there is a car park, right underneath and you can walk the steep path to the summit, you can actually encircle it by the paths, and look at the ditches and ramparts, but there is a large area in between, that can easily be missed out if you not explore the middle. If you keep quiet you can see a bit of nature, and watch the clouds and the birds. So that is Moel Fenlli hillfort for you.

I only know of one hillfort in Wales that is higher, that is Craig Rhiwarth, on the northern edge of Powys, / Montgomeryshire / Mid Wales, at 530 metres. There is a Moel Y Gaer I talk of on other pages, that is barely a few metres shorter than Foel Fenlli. Which could make it second highest in Wales, but I am not sure if there is another in between it and the highest in Wales Craig Rhiwarth.

The only pictures on this webpage are a amateur attempt by me to imagine the fort at it's prime, you would need my permission to use it. Then a photo I took from the valley below, a little to the North West.

This page was written in October 2020.

The homepage of this Hillforts website Hillforts.co.uk it's where hillforts are @

Directory on Hillfort pages, and a article on castles and hillforts

I do not claim to be a professional, these are just barely amateur level photographs, but may be of use to somebody. Regarding Moel Fenlli Remember it is not spelt Foel Fenli or Moel Fenli. 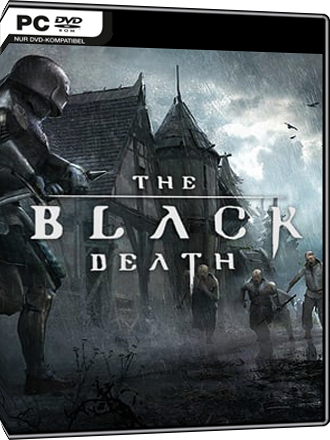